You can keep production running smoothly by using the Destacking and Palletisation feature, which streamlines throughput at the saw by planning the off-stacking process. It gives you a list of pallet requirements or a baseboard cutting list and based on the size of your mechanised off-stacking stations will limit the number of open parts, ensuring finished items go to assembly as quickly as possible. 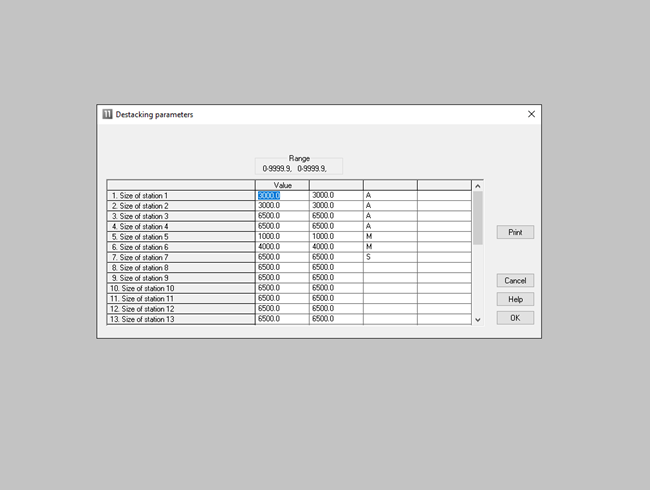 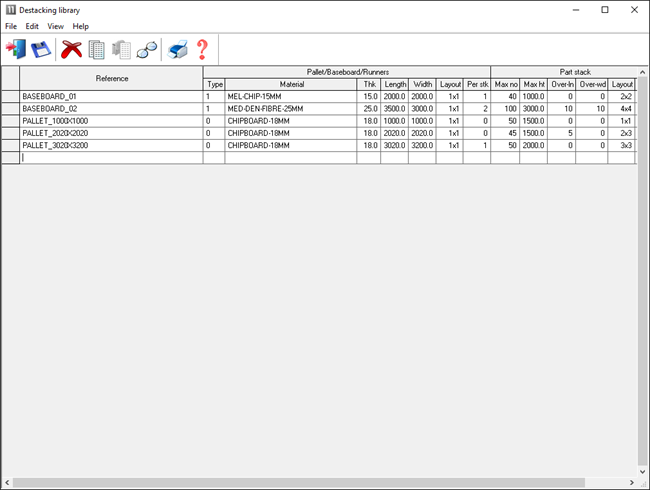 Destacking library - set your rules for pallet and baseboard layout 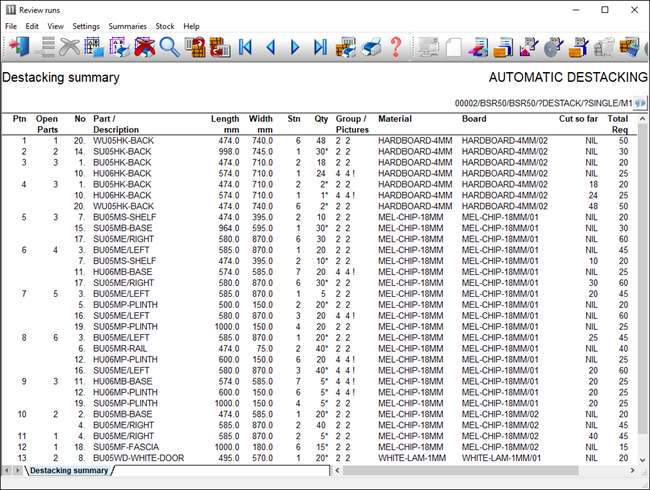 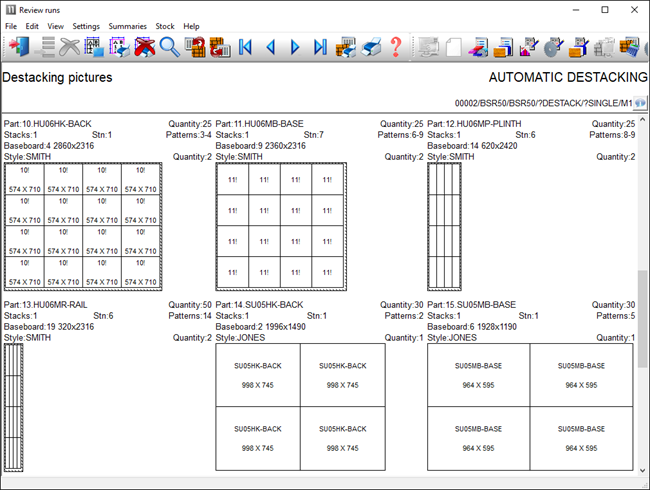 Special Use of Pallet Groups

Special Use of Pallet Groups

In a recent installation of Magi-Cut, a special feature was implemented for a user who wanted to sequence production one job at a time, but allowed a changeover pattern to mix parts from two jobs.

Every job was treated as a 'pallet group', and the optimisation ensured that once a pallet group was started, it was completed before parts from another group were considered.

By allowing jobs to be processed in any sequence, and by allowing a mix of two jobs in a changeover pattern, an acceptable balance between yield and flow was achieved. 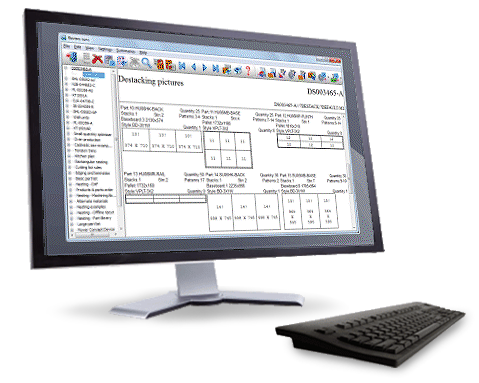